Once again we are very excited to thank the students and staff of Jowell Elementary school in Houston, TX.  The student council voted to once again hold a fund raiser to benefit CSA.  “Stickin Up 4 CSA” raised $1084.55.  Thank you to all who participated!!!! “GET YOUR HEART BEATING” was a huge success.  Thank to everyone around the world who supported us and got their hearts beating for CSA! We raised over $8,000.00!!

CSA is proud to be a part of this incredible opportunity.  For more information view the following link. In June of 2013 we had the opportunity to experience CSA first hand.  Our family attended the CSA Inaugural Conference and it was life changing for us.  “Loop for Luke” was born because we wanted to help raise awareness and further the mission of Christianson Syndrome Association.  Biking is an important part of our lives, Stephen and Luke ride a specialized tandem bike that allows us to ride as a family.  “Loop for Luke” was something we could do together, it was also something we could invite others to participate in as well.  On May 31, 2014 near Baltimore, MD we held our first  “Loop for Luke” and raised $2485.00.  Last month we held our 2nd Annual “Loop for Luke” and it was an even greater success.  Our family and friends were once again so generous and they helped us raise over $6,000.00 for CSA.  We are so blessed and we want everyone who participated and donated to know that “It meant so much to us to do something we love with those we love and in turn be able to give back to CSA”.  Thank you to all of you! Click Here to Register or for more information email ChristiansonSyndromeMeeting@gmail.com

There will be opportunity to present scientific abstracts as a talk or poster. Please submit your title and abstract (250 word limit) to ChristiansonSyndromeMeeting@gmail.com Please join The Wright Family for a 11-mile family friendly bike ride.  The trail is paved and the pace will be easy going.  Bring your helmet and a picnic lunch to enjoy afterwards.  We’ll supply water and dessert.  Contact stephenwright41099@gmail.com or (410)750-7128 if you can join us, if you would like to purchase a $10.00 “Loop” shirt (order by April 15th – proceeds go to CSA), or for more information.

**If you choose to donate to CSA please make your checks payable to Christianson Syndrome Association (CSA) and send it to us by May 2nd, or you can bring it to the bike ride.

We want you to become a part of Get Your Heart Beating for CSA!  This virtual event is so easy.  All you need to do is click on the link below, it will take you to constant contact where we have set up a registration page just for this unique event.  All you need to do is sign up and pay your race fee online and then you go run, walk or bike.  You can even create a team of friends, family or co-workers.  Everyone will sign up online and then you all can get your heart beating for CSA!

With a traditional run/walk or biking event you can arrive at a specific location on a specific date at a specific time.  For our race, you start and complete your race on a course and once completed you record your time, take lots of pictures and submit them to us for posting on our website and Facebook page and we in turn will mail you a certificate thanking you for your participation.

How to sign up – Click the link below and it will take you right to constant contact to register.  Then in the  month of May 2015 you can run your own race.  Email your photographs to info@csa-cares.org with your name, your teams name (if applicable), your race location, event and time.  We work on the honor system so set a realistic goal for yourself and challenge your heart rate for CSA!

Register here for Get Your Heart Beating for CSA!

If you are unable to participate in our virtual event and just want to make a donation to CSA, please click on the donation button below and in the notes section of PayPal please note that this donation is in honor of Get Your Heart Beating for CSA!

Our CSA Conference 2022 in Providence, Rhode Island was a huge success!

Please check out the great article about our event from Brown University. 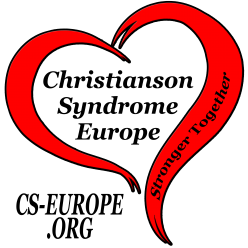